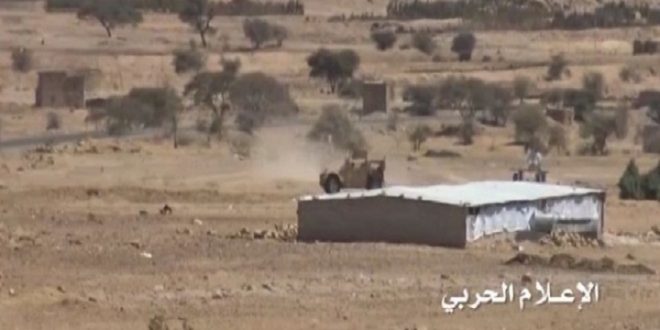 MARIb, Oct. 12 (YPA) – The Yemeni army and popular committees on Friday launched an offensive on the positions of the coalition-backed militants in Marib province, a military official told Yemen Press Agency.

Dozens of militants were killed and injured in the attack which targeted their sites in Najd Alateeq front, the official added

A military vehicle loaded with militants was destroyed in the attack, killing all its crew members, the official said.

The official indicated that the attack coincided with sniping operations targeting the militants on several sites.