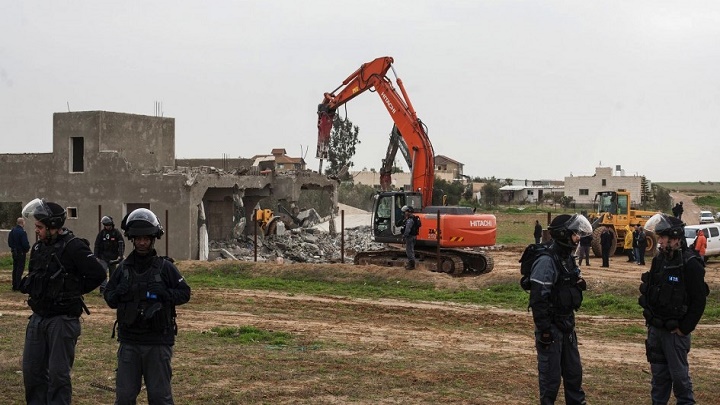 According to the agency “Palestine Today” local sources reported that the enemy bulldozers with military reinforcements demolished housing facilities and sheep pens in the village of Hadidiya north of Aghwar, belonging to Omar Arif Bisharat; ; Under the pretext of non-authorization.

In a separate context, the Zionist enemy seized two fishermen after their boat was targeted by a barrage of fire west of the Waha area west of Beit Lahia in the northern Gaza Strip.

The official of the committees of fishermen in the Union of Agricultural Work Committees, Zakaria Bakra, The enemy’s naval force arrested the fishermen, Saddam Abd al-Bari al-Sultan, 24 years-old, and his brother Uday, 22 years-old, and transferred them to an unknown destination.

He added that the fishermen managed to pull the “scapegoat” with gunshot on it.

It is noteworthy that the naval force of the Zionist enemy is deliberately targeting Palestinian fishermen in the sea of the Gaza Strip, either by direct fire or arrest, resulting in the injuring and killing of a number of them from time to time.

Turkey knows where and how Khashoggi was killed: Middle East Eye