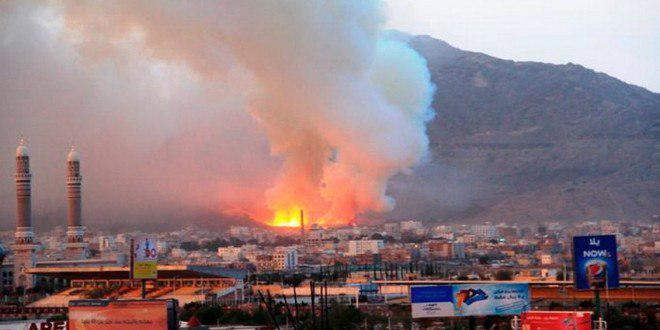 The official said that the two air strikes were waged on the military college and Nhadin in the capital Sanaa,