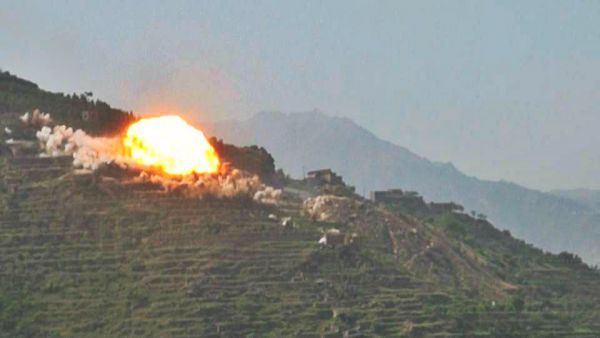 Two Saudi-led air strikes hit Azagol area in the district of Sihar, while three others air strikes were waged on Boqa desert, the official added.