Yemeni fishermen arrive in Hodeida after being detained by coalition 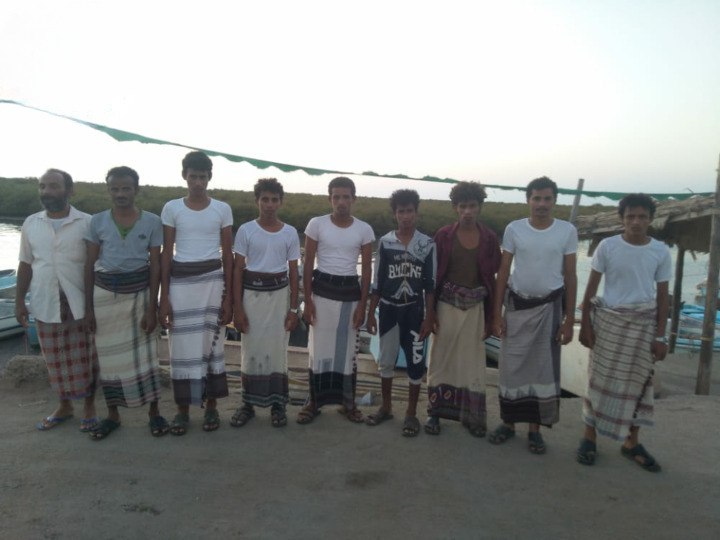 HODEIDA, Dec. 05 (YPA) – At least 9 Yemeni fishermen arrived on Mondayin Al-Luhya district of Hodeida province after had been detained by the Saudi coalition forces for more than 40 days.

Director of the Fish Landing Center in the province, Mohammed Rizk, revealed that four Saudi gunboats had kidnapped the freshmen while they were fishing on three boats off Al-Shabeen Island, west of Buhais area of Medi District of Hajjah, which the fishermen belong to.

They reported that they were taken to Hayran area, which is under the control of the Saudi-led coalition forces, and imprisoned, and that various types of torture and ill-treatment were used against them inside one of jails, in addition to all fishing equipment was confiscated.

The crime of kidnapping and torture, which affected fishermen, is part of a series of crimes committed by the coalition forces against Yemeni fishermen, in light of the shameful silence of the international community.