STC withdraws its forces from Abyan 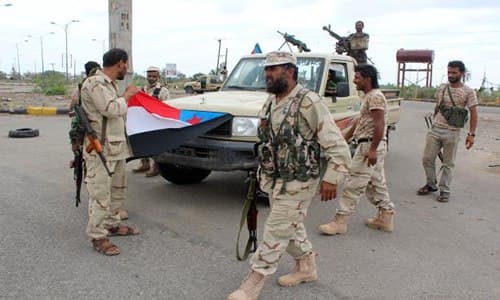 According to sources, the leadership of the so-called “security belt of the STC called on its troops deploying in the areas of “Al-Mahfad, Ahwar, Al-Wadha, Mudiyah, Jishan, Amain, and Misarh, to withdraw to Ja’ar area in the same province.

The sources affirmed that the withdrawal came after the killing and wounding about 18 members of the STC, including civilians, as a result of the attacks that targeted its military points in Ahwar area during the past 24 hours.

The sources affirmed that the terrorist groups have penetrated into the areas under the control of the security belt, while our forces are working alongside the coalition to restore normal life in the liberated areas.

#Breaking: Four citizens were wounded by a shell fired by mercenaries at a house in Haifan district of Taiz