Pelosi: No one above law 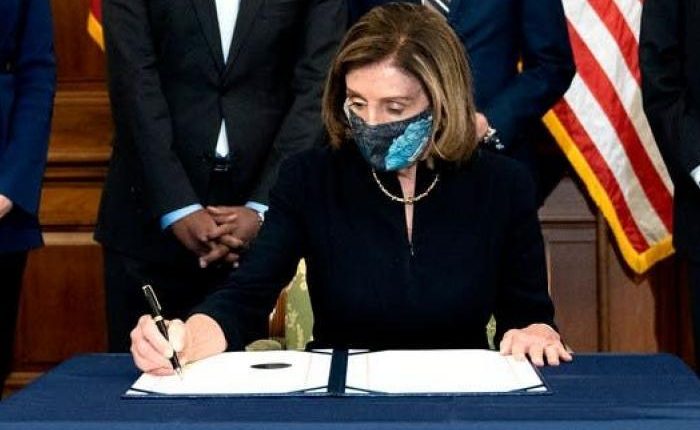 SANAA, Jun 14 (YPA) – US House of Representatives Speaker Nancy Pelosi announced on Thursday that the House vote in favor of passing legislation providing for the accountability of the incumbent President, Donald Trump, for inciting rebellion in congressional events, confirms that everyone in the country is under the law.

“The House of Representatives has shown today that no one is above the law, not even the President of the United States,” Pelosi said, stressing that Trump poses a threat to the United States, and that parliamentarians promised to protect the people of the country and the constitution.

The leader of the Democrats in the US Senate, Chuck Schumer, announced that the House may vote to prevent the incumbent President, Donald Trump, from running for the presidency again.

The US House of Representatives voted, on Wednesday evening, to pass legislation that would impose accountability on the current US President, Donald Trump, for inciting rebellion in congressional events.

232 lawmakers in the House of Representatives, including 10 Republicans and 222 Democrats, supported Trump’s impeachment legislation, compared to 197 lawmakers who rejected it.