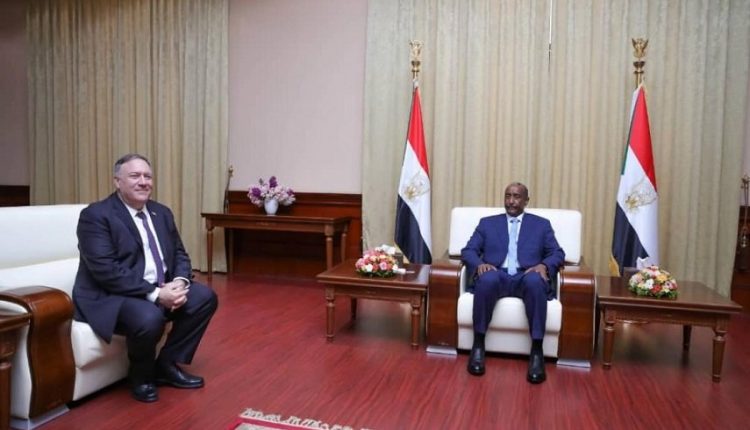 SANAA, Dec. 2 (YPA) – The head of the Sudanese Sovereignty Council, Abdel-Fattah Al-Burhan, threatened to freeze normalization with “Israel” if the US Congress did not agree to grant his country immunity from the claims of the families of victims of terrorism.

Al-Burhan warned, in a phone call with US Secretary of State Mike Pompeo, that if the US Congress, by the end of December, does not approve the law that grants Sudan immunity from lawsuits filed by the families of victims of the September 11 bombings, Sudan will freeze normalization with Israel, according to the American newspaper, “New York Times”.
The newspaper said that Pompeo promised al-Burhan that Congress will in the coming weeks approve the immunity law, stressing that “the Trump administration plans to hold an official signing ceremony for the agreement between Sudan and Israel later this month at the White House.”