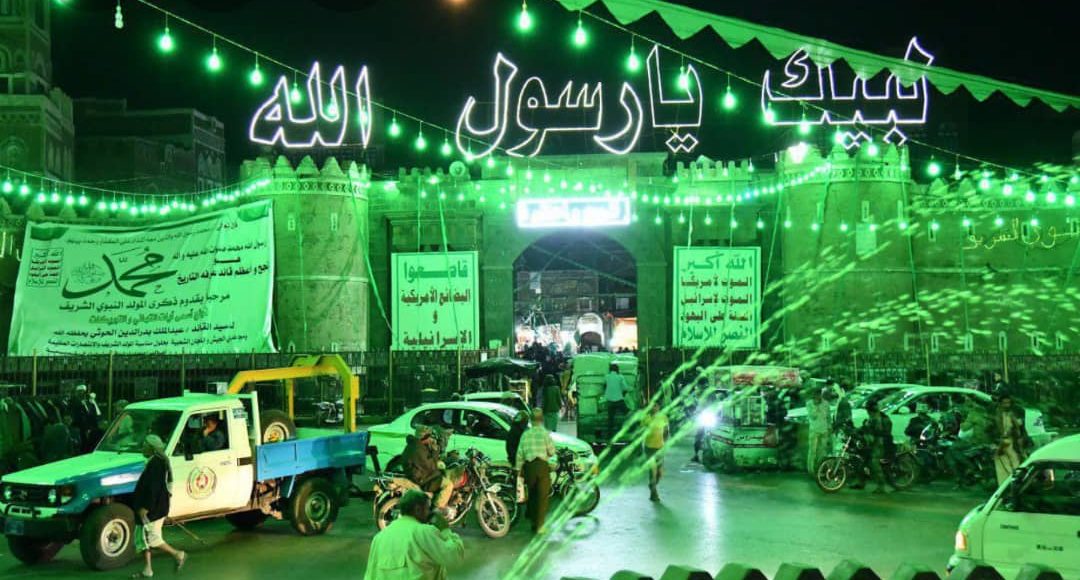 SANAA, Oct. 25 (YPA) – The Yemeni capital Sanaa and several other Yemeni provinces and cities have been witnessing official preparations for the celebration of the anniversary of the birthday of the Prophet Muhammad (Peace Be Upon Him), peace be upon him, ahead of the date of 12th of Rabi ul Awwal, often known as” Al- Mawlid An-Nabawi”. 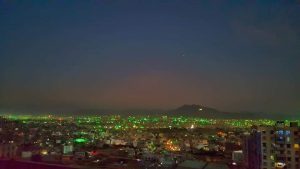 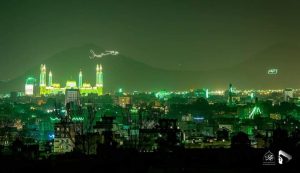 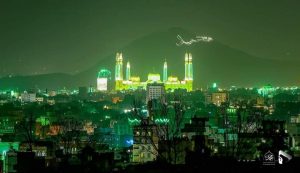 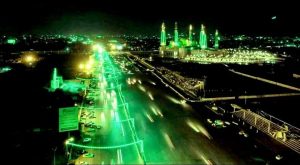 A total of 14 town squares are set to host the unprecedented celebration that will take place next Thursday.

The Yemenis have their own way to celebrate the Prophet Mohammed’s Birthday, Known as Al-Mawlid An-Nabawi. They decorate their vehicles ahead of the celebrations. Mass preparations are under way. Most of the streets of the capital Sanaa are decorated with green lights. 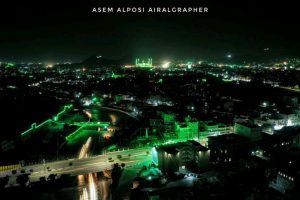 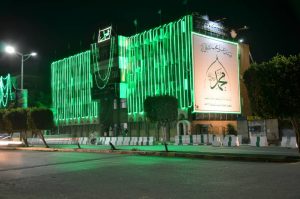 During the night, all state facilities and buildings are illuminated with a green light. The atmosphere is meant to give the walkers a sense of spirituality and tranquility. 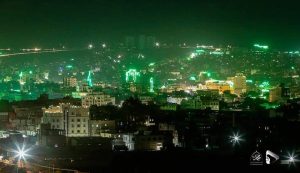 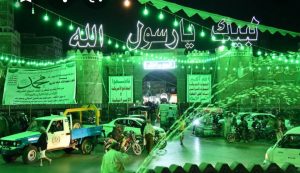 Despite the difficult economic conditions that the Yemenis are going through as a result of the aggression and the siege imposed by the Saudi-led coalition, this does not prevent them from celebrating and commemorating this religious event.

The celebration of this solemn religious occasion comes out of the awareness and love of the Yemenis for the Prophet. The birthday of the prophet is not considered a passing event, but the most prominent one in Islamic history because of the values, principles and morals of the divine message of the Prophet and the establishment of Islamic rules among his nation.

The memory of the Prophet’s birthday is of great importance in strengthening the unity of the nation.

On Monday, the Leader of the Revolution, Sayyed Abdul-Malik Badreddin al-Houthi, called on the Yemeni people to interact greatly in commemorating the birth of the Prophet Muhammad (peace be upon him), through attending all the events set to be held on this occasion.

Director of US Vice President’s office infected with Corona