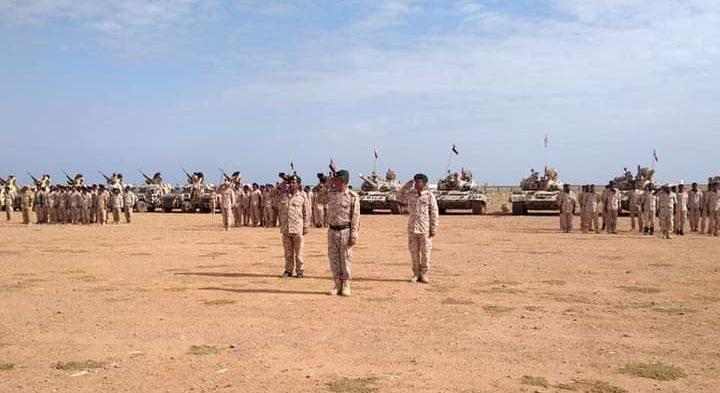 The sources affirmed that the parade organized at the headquarters of the First Marine Corps Brigade, after the brigade joined the STC Brigades during the first half of this year 2020.

The sources indicating that the chief in the STC branch in Socotra, Raafat al-Thaqali, attended the military parade, which came in conjunction with the October 14 Revolution.

In 2019, the STC militia took control of the city of Hadibo of Socotra province, with the complicity of the Saudi forces, following their withdrawal from the security points locating at the entrances to the city.

In last July, Israeli entity welcomed the control of the UAE-backed STC militia on the island of Socotra, considering it an important step in preventing Iran’s domination of the region.

The UAE established a joint military base with the Israeli Navy, using listening devices to monitor the waters of the Gulf of Aden, the Strait of Bab al-Mandab and the Horn of Africa.