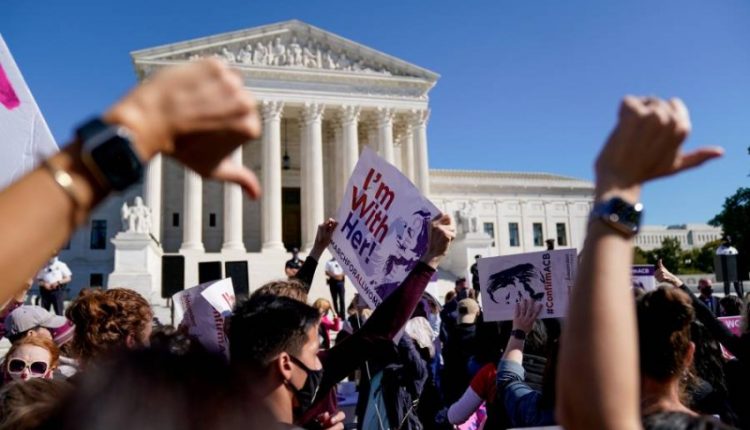 SANAA, Oct. 18 (YPA) – Thousands gathered around the US Supreme Court in Washington on Sunday to pay tribute to the late Justice Ruth Bader Ginsburg and to protest against President Donald Trump’s haste to choose Amy Connie Barrett as her successor.

They  marched in downtown Washington towards the Supreme Court’s staircase. Hundreds of marches and demonstrations are planned for municipal councils, parks and monuments across the country, Reuters reported.

Demonstrators at the Women’s March said they were angry that Republicans appear ready to confirm Barrett’s nomination so close to Election Day after refusing to move forward Merrick Garland, the pick of former President Barack Obama, a Democrat, more than six months ahead of the 2016 election.

The US Senate Judiciary Committee has set October 22nd for a vote on the nomination of Barrett, the conservative appellate judge.

The vote to accept the nomination comes at a time when the November 3 presidential election is scheduled to take place, raising objections from Democrats.