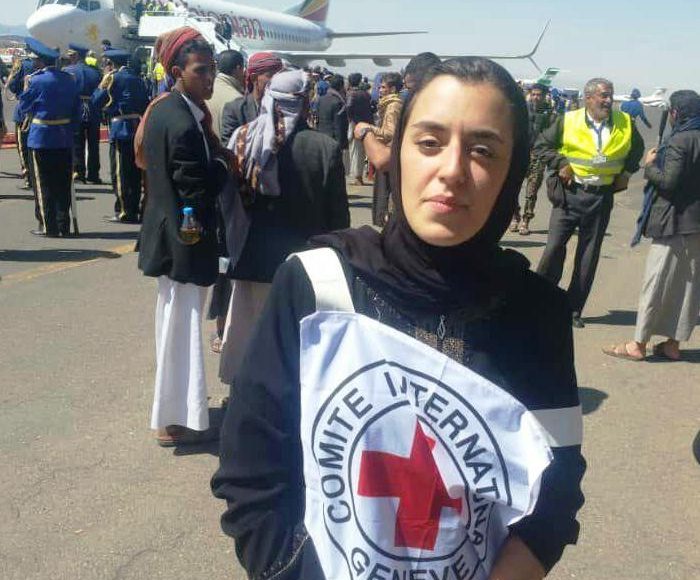 SANAA,Oct.16 (YPA) – The International Committee of the Red Cross (ICRC) in Yemen confirmed on Friday, that the exchange deal of prisoners and detainees was the largest of its kind and that carried out successfully and greatly between Sanaa and the Saudi-led coalition.

Yara Khawaja, a spokeswoman for the ICRC said, “two days ago, the release operation exchange supervised by the committee was the largest since its establishment in Yemen.”

Khawaja added, “In coordination with the Yemeni Red Crescent and its Saudi counterpart, we were able to bring pleasure to the hearts of 1056 families, as part of a prisoner deal brokered by the United Nations in Stockholm back in 2018 Yemen.

She confirmed that the release process took place through the ICRC-operated 11 flights, which included five airports in five cities inside and out of Yemen.

“I am so happy to see the release of 1056 former detainees and to completion of the release for transfer of the freed, especially with the sight of fireworks filling the sky of the capital, Sanaa, expressing the extent of the overwhelming happiness experienced by the families of the released,”Khawaja added.

She noted that the success of the prisoner exchange swap was the first step in a series of upcoming steps towards the transfer and release of more detainees.

We continue to negotiate to release all prisoners, detainees: Abdul-Salam