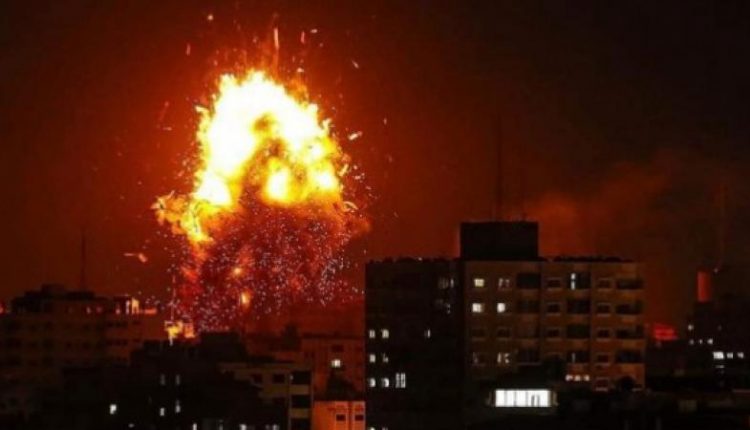 SANAA, Sept. 16 (YPA) – Israeli warplanes on Wednesday bombed several sites of the Palestinian resistance in the north and south of the Gaza Strip, but no injuries were reported.
The planes targeted Ashkelon and the air defense sites, in the northern Gaza Strip, while the resistance’s ground-based anti-aircraft forces responded by firing at the occupation aircraft.
In addition, Israeli warplanes raided Al-Tal site, west of Deir Al-Balah, in the central Gaza Strip.
For its part, the Palestinian resistance factions responded, by bombing the towns around the Gaza Strip, with a barrage of rockets, while sirens sounded several times in the towns of Sderot, Ecofim, Rayem and Third Eye.
Al-Quds Brigades, the armed wing of the Islamic Jihad, said on its Telegram page: “In response to the bombing of its sites and within the framework of the bombing formula, the resistance fired missile barrages towards enemy sites and rapes in the so-called Gaza envelope.”
The correspondent of the Israeli newspaper (Yediot Aharonot) said: The factions in Gaza are trying to fix the equation of “bombing by bombing” even after the end of the last round of balloons.
In the context, the journalist of the Occupation Army Radio, Mandy Rizel, said: “Gaza recently promised to respond to any Israeli attack, and indeed after the Israeli army attack, 15 minutes ago, sirens sounded in Sderot and Eshkol and are still continuing every time.”
For its part, the Israeli occupation army announced, in a statement, that warplanes and helicopters raided ten targets of Hamas in response to the launching of rockets from the Strip.
The statement claimed: “During the raids, 10 terrorist targets were targeted, including a factory for producing weapons and explosives, in addition to a Hamas military compound used for missile training and testing.”
The occupation army held Hamas responsible for what is happening in the Strip and what stems from it.