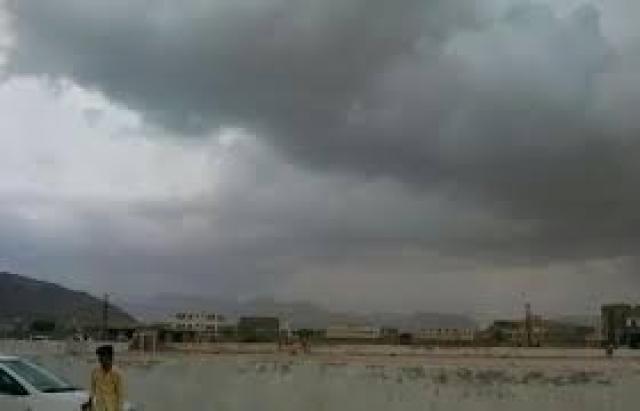 SANAA, Sep. 7 (YPA) – The National Center of Meteorology expected on Monday a chance of sporadic rains would fall on a number of Yemeni provinces over the next 24 hours.

The center stated in its weather forecast that the weather in the mountain heights would clear to partly cloudy on the mountainous heights and the interior plateaus, with the possibility of sporadic rain in parts of the southwestern highlands and plains of the governorates of Hodeidah, Taiz, Lahj and Abyan.

It explained that the desert regions’ skies also would clear and generally dry, warm with moderate north-easterly winds active at times during the day.

While the weather of the Socotra Archipelago might be partly cloudy with the continuing southwest monsoon winds with speeds reaching 18 to 36 knots.

The center warned citizens to stay away the water gatherings ,and torrents and valleys in areas where rain expected in order to preserve their safety.