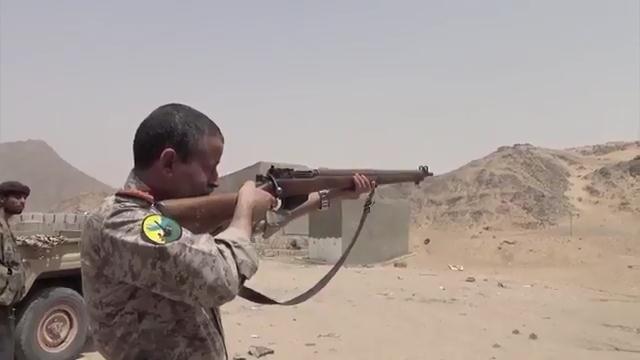 On Saturday, Major General, Mohammad Nasser Al-Atifi, threatened on Sunday the Saudi-led aggression coalition with a series of surprises and crushing defeats during the coming days and months.

The move came during his visit to inspect the fighters of the Yemeni army and popular force in Khub WaShaef district of Jawf’s axis.

The Minister added, “Our situation in the current stage is much better than we were, the coming days will carry many surprises, and the Yemeni land will be liberated from the invaders and occupiers forever.”

Major General Al-Atifi indicated that the aggression coalition failed to achieve its military, political and economic targets due to the steadfastness of the Yemeni people alongside the heroes of the armed forces.