Czech MEP: US and UK contribute to human rights violations in Yemen 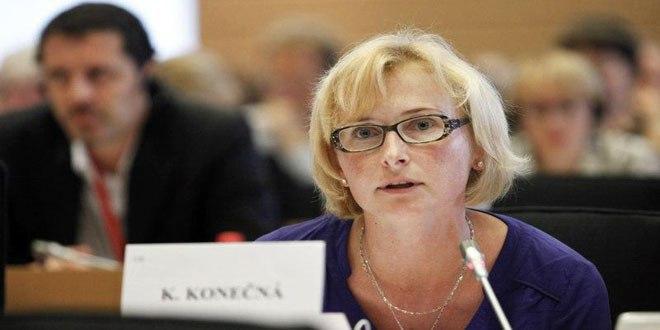 SANAA, Aug. 15 (YPA) – Katerina Konečná , a member of the European Parliament for Czech Republic has confirmed that Saudi Arabia is committing war crimes in Yemen with the support of the United States and the West.

“The United States and Britain continue to supply arms to Saudi Arabia, which makes them contribute to the widespread human rights violations that are taking place in Yemen as a result of the illegal Saudi military intervention,” Katerina Konečná said in an article published in Haló noviny newspaper .

She stressed that the continued bombing of residential areas and civilian targets in Yemen by the Saudi-led coalition was unjustified and unacceptable.

Earlier, Konečná confirmed in an interview with the Czech website Parliamentary Papers that the Saudi regime is a financier of terrorism worldwide.

21 fishermen arrive in Hodeidah after being held by coalition forces