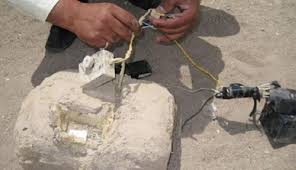 BAYDA, July 26 (YPA) – The security services announced on Saturday that an explosive device was canceled in Bayda province.

The Security Media Center stated that a specialized unit from Bayda security managed to nullify an explosive device planted by the elements of the aggression to target the lives of citizens and disturb security and public tranquility.
The security media confirmed that the explosive device had been planted on the main road, in Makeras district near the government complex, indicating that the security services are working to monitor and control the criminal elements that planted the explosive device and bring them to justice.