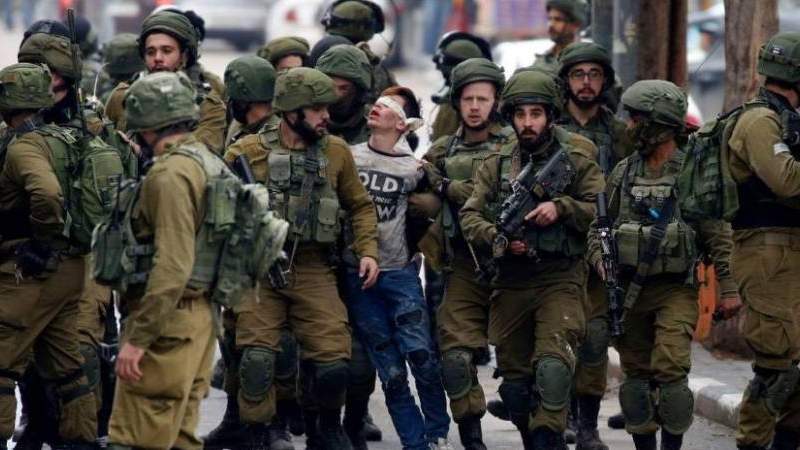 SANAA, June 30 (YPA) – Zionist enemy forces launched a raid and arrests campaign, at dawn on Tuesday, against a number of Palestinians, including freed prisoners and a child from the West Bank.
Palestinian sources reported that the enemy forces arrested a young man, from Aida camp, north of Bethlehem, after storming his house and searching it.

In Jenin, the enemy forces arrested a freed prisoner after they stormed the house of his relatives in the town of Araba, and searched him and vandalized its contents.

In Hebron, the enemy forces raided separate areas in the governorate, and arrested four Palestinian youths and a child from their relatives’ homes after sabotaging them and tampering with their contents.

In occupied al-Quds, the enemy police stormed the town of Issawiya and proceeded to remove the pictures of the martyr Muhammad Samir Obaid from the walls, whose first martyrdom anniversary passes in these days.

Local sources pointed out that during the past year, the enemy police launched raids and smashing memorials in the martyr Ubaid neighborhood, and the campaigns intensified in the past few days.

The Zionist enemy forces continue their daily incursions and arrests of Palestinian citizens in separate areas of the West Bank and occupied al-Quds.