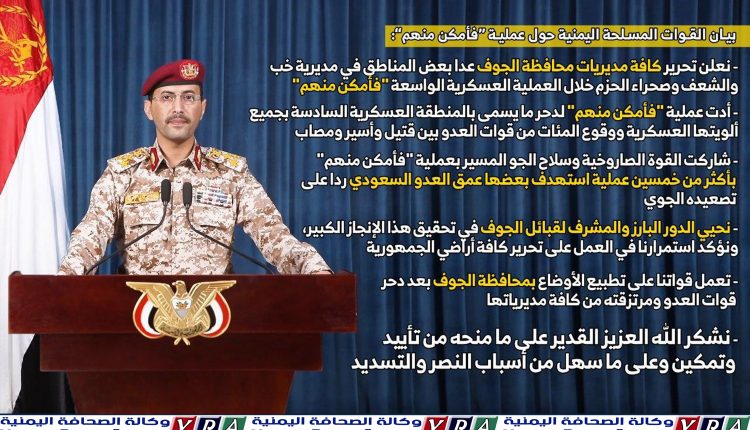 SANAA, March 17 (YPA) – The Yemeni army’s spokesman praised on Tuesday the great stances and role played by tribes and sheikhs of Jawf province in liberating the province.

The move came during Brigadier Yahya Sarei’s announcement of the Armed Forces statement on “Famkn Minhum” operation that carried out by the Yemeni army in cooperation with tribes of Jawf against the Saudi-led aggression coalition and its mercenaries.

Sarie indicated that during five days of armed confrontation and in response to the escalation of the coalition in the governorate, the army defeated the so-called sixth military zone loyal to the coalition and controlled over the whole province of Jawf.