Haniyeh to visit Moscow in March 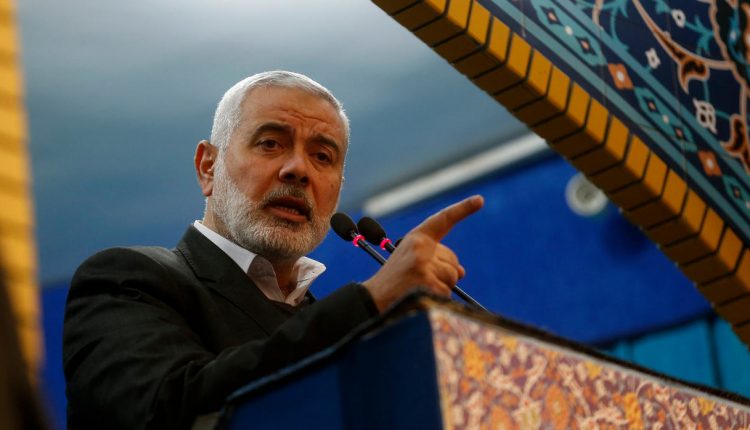 SANAA, March 1 (YPA) – An official source in the Palestinian Hamas movement revealed Saturday that arrangements made by the movement’s leadership for a planned visit to Moscow,the Russian capital,  in the month of  March.

According to the “Arab 21” website, a leader who asked to remain anonymous, said that “the leadership of the movement is preparing intensively for a visit to Moscow, with the aim of formulating and mobilization of international and regional positions, to counter the deal of the century.”

The same source pointed out that Haniyeh seeks to strengthen and achieve convergence of positions between Doha, Ankara and Moscow, to face the American uniqueness, and to forge a united front facing the American plans related to the region, known as the deal of the century, whose objectives are “to forge a new regional alliance or NATO that includes Israel and other Arab countries.”

He pointed out that preparations for Haniyeh’s visit to Russia have been going on for about a month, after an invitation from Russian Foreign Minister Sergei Lavrov, noting that the head of Hamas’ political bureau recently met with Qatari and Turkish leaders, to develop a clear vision of how to counter the US deal.

#Breaking: Citizens’ homes and farms were damaged in #coalition’s shelling on Jabalyah area in #Hodeidah