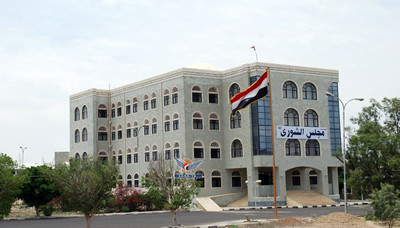 SANAA, Feb. 20 (YPA) – The Shura Council, in its meeting Thursday headed by the Council’s Speaker Mohammad al-Aidarous, praised the national position of the people of Mahra province that rejects Saudi military presence in the province.

The Council condemned, in a statement, the criminal assaults by the Saudi occupation forces in the Fujiet area and Habrout village of Shahin district in Mahra.

The statement denounced the air and ground bombardment, the closure of ports and raiding citizens’ homes practiced by the Saudi occupation forces and their militias against the people of Mahra province.

In its statement, the Shura Council called on all people of the occupied Yemeni provinces to reject the occupation and the foreign tutelage that targets the independence of the Yemeni people and aims at plundering their wealth and destroying their capabilities.