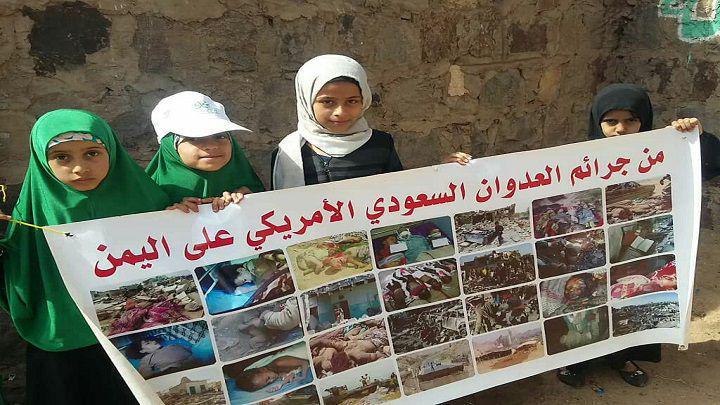 AMRAN, Nov. 19 (YPA) – Dozens of children on Tuesday organized a protest rally in fronts of the building the headquarters of the International Child Welfare Organization to condemn the Saudi-led aggression crimes against the Yemeni children.

At the rally, the participants held banners and slogans denouncing the crimes and violation committed by the aggression air strikes against the children in Yemen.

They shouted against the Saudi-US aggression against Yemen and its heinous crimes against children and women of the Yemeni people, strongly condemning the silence of the United Nations towards the coalition violations.

WHO receives more than 78,000 reports for 28 diseases in Yemen