38 Palestinians injured during “Great March of Return” in Gaza Strip 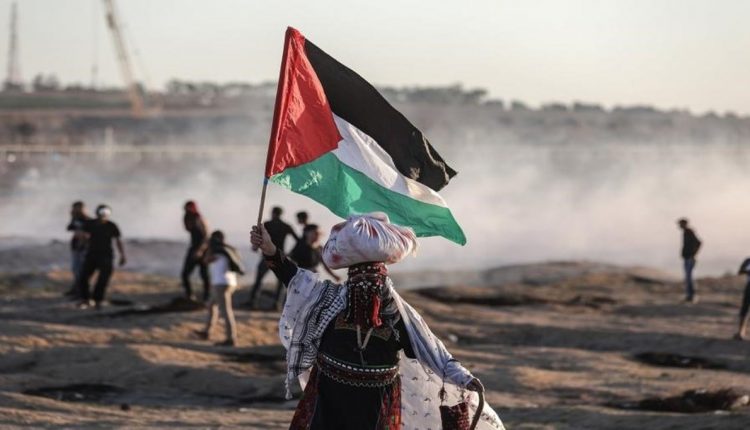 SANAA, Nov. 9 (YPA) – At least 38 Palestinians were injured by the Israeli occupation’s attack on participants in the great return marches in east of Khan Younis in the southern Gaza Strip.

According to the Ministry of Health in the Gaza Strip, medical staff dealt with 38 different injuries, including 16 with live bullets fired by Israeli occupying forces in the eastern Gaza Strip.

According to the “Palestine Now” correspondent, Israeli soldiers fired live bullets and tear gas canisters at the citizens, who flocked to the return camps in the eastern Gaza Strip.

Thousands of Palestinians  demonstrated  in the 82nd Friday events under the title “Continuing”.

The occupying forces suppressed the demonstrators in “Great March of Return”, with live and metal bullets and tear gas, directly and deliberately, leading to the rise of hundreds of martyrs and wounded, despite the peaceful marches.

On March 30, 2018, the Supreme National Authority called for marches inside al-Awda tents in the eastern governorates of the Gaza Strip to demand a break in the siege and a return to the towns occupied by the occupation.