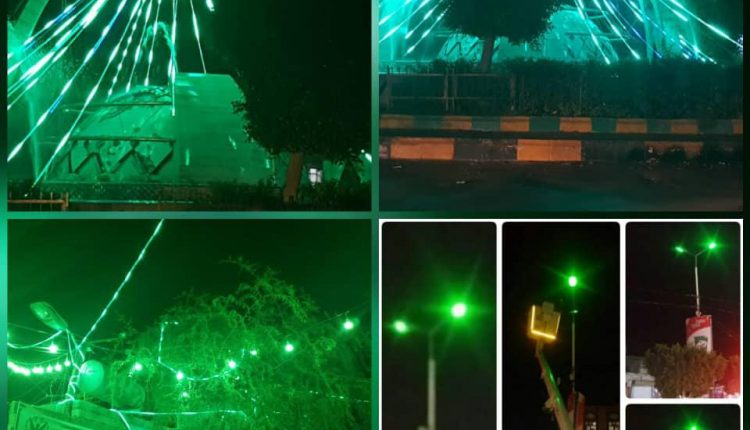 SANAA, Nov. 8 (YPA) – Tribes and sheikhs of Hamdan district of Sanaa province rallied on Friday to mark the religious anniversary of the prophet’s birthday.

During the rally, Sanaa governor Abdulbaset al-Hadi praised efforts exerted by Hamdan tribes in organizing activities on to mark the religious anniversary.

The participants fired fireworks to celebrate the anniversary, calling on the Yemeni tribes to move and mobilize in al-Sabeen district of Sanaa on Saturday.

The tribes affirmed marking of the prophet’s birthday is a message to the aggression countries that the Yemeni people adheres to the principles and the prophet Mohammed’s approach.