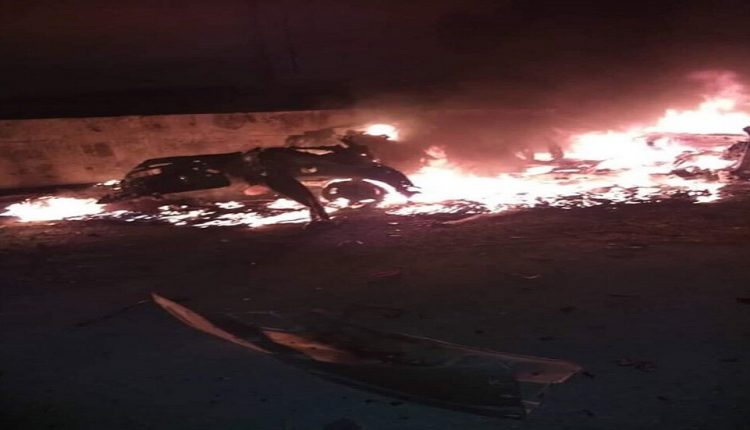 SANAA, Oct. 12 (YPA) – A car bomb exploded near the central prison in Juiran district of al-Hasakah in Syria, where ISIS operatives are held, a spokesman for the SDF said on Saturday.

The spokesman said that the car explosion was followed by heavy gunfire in the vicinity of the prison, adding that the prison is home to thousands of dangerous ISIS operatives.

” At least three people killed and nine others were injured,” Security forces in the Province of Al-Jazira in Kurdistan reported.

On Friday, ISIS claimed responsibility for a car bomb attack in the predominantly Kurdish city of Qamishli, killing six people, including civilians.

Kurdish border areas with Turkey have been under attack by the Turkish army since Wednesday with Syrian factions loyal to Ankara.

Despite the announcement by Washington and the Syrian Democratic Forces, whose Kurdish fighters are the backbone of the elimination of the terrorist organization in its areas in northern Syria, ISIS still able to move through sleeper cells and through its hiding fighters in the Syrian desert.

The Turkish offensive in northeastern Syria has raised fears of the organization’s revival, with Kurdish fighters turning away to attack the border areas and withdrawing US troops from areas under Turkish attack.