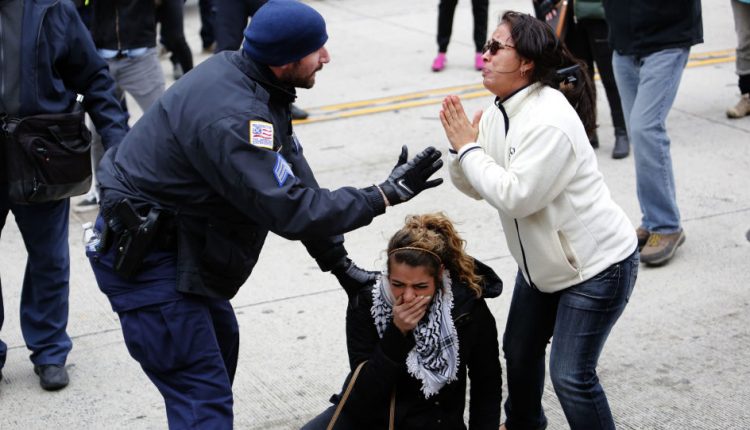 SANAA, Oct. 8 (YPA) – Local police in New York City have arrested dozens of protesters in opposition to global climate change policies, US media reported on Tuesday.
Local authorities arrested about 85 protesters from an environmental movement who took part in an anti-climate demonstration on Wall Street.
Protesters carried anti-climate banners, calling on authorities to take measures to tackle climate change.
After their protest on Wall Street, the protesters marched to Washington Square Park, where they expressed their anger at policies that did not protect the environment.
The New York demonstration is part of demonstrations in 60 cities around the world organized by the environmental movement, and is expected to continue the “rebellion against extinction” protests throughout the world, this week.

Journalist released after being brutally tortured in STC’s prison