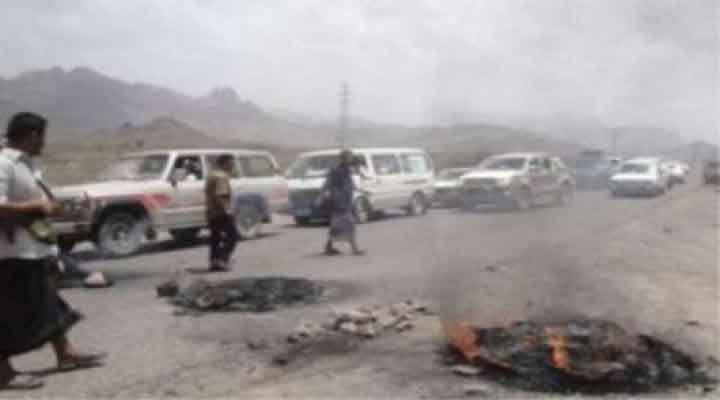 According to the sources, dozens of cars and vehicles were stopped the international highway that links Aden, Abyan, Shabwah and Hadramaut provinces, specifically in al-Muhafed district, demanding the release of one of their sons.

Sources said that tribe of al-Makrum had blocked an international highway linking Abyan to Yemen’s eastern provinces in protest demanding the release of prisoner was detained by the UAE occupation forces at an earlier time without justification.

The sources explained that after a long time they let cars carrying families only to pass in both directions, and continued to prevent the passage of the rest of the vehicles until the release of Brigadier General Salim Yusalim Sayel.

Palestinian child killed after being trampled by Zionist colonist in Hebron