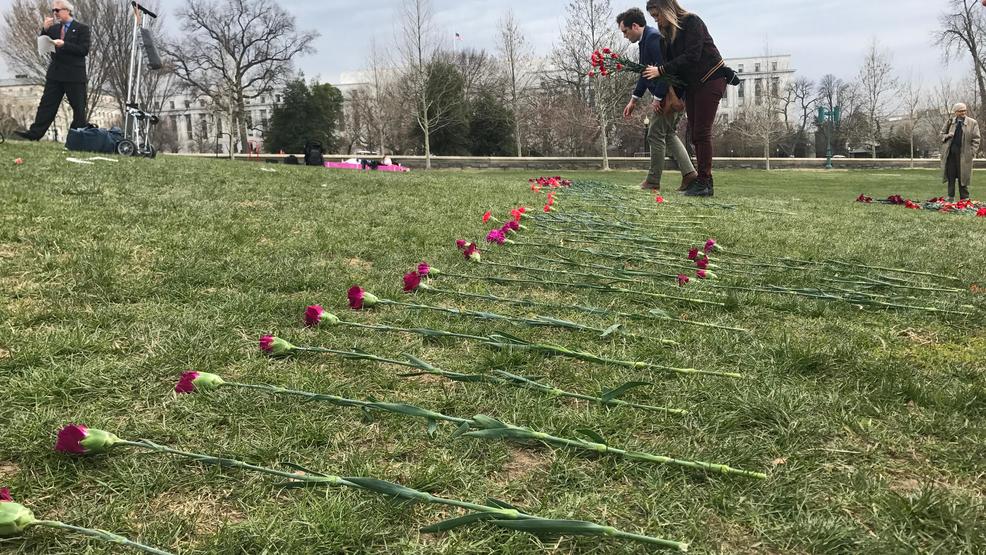 SANAA,March. 20 (YPA) – Activists have laid 5,000 flowers outside the US Capitol in Washington, DC, to remember the children killed and injured in Saudi Arabia’s brutal war against the people of Yemen and to protest the action of Congress and the administration of President Donald Trump to stop the deadly aggression .

The protest, organized by MoveOn and Avaaz activist groups, was held on Monday, a day ahead of talks between Trump and visiting Saudi Crown Prince Muhammad bin Salman.

“We’ve laid 5,000 flowers on the Capitol lawn to honor the children who have been killed or brutally maimed in Yemen,” said Nick Kimbrell, an organizer from the Avaaz organization.

“As the Saudi crown prince meets with President Trump, we’re here to show the cost of this war on children. Hundreds are dead, thousands are starving, and millions have no school to attend, “he added.

“This is one of the worst human crises in the world right now and it is still ongoing when it can be stopped with just passing this legislation and allowing humanitarian aid,” said Iram Ali, a MoveOn activist, referring to a bill sponsored by Vermont Senator Bernie Sanders that seeks to pull out US military forces from the conflict.

7 killed in fierce clashes in Aden