Canada’ MAO Organization to protest against Saudi war on Yemen 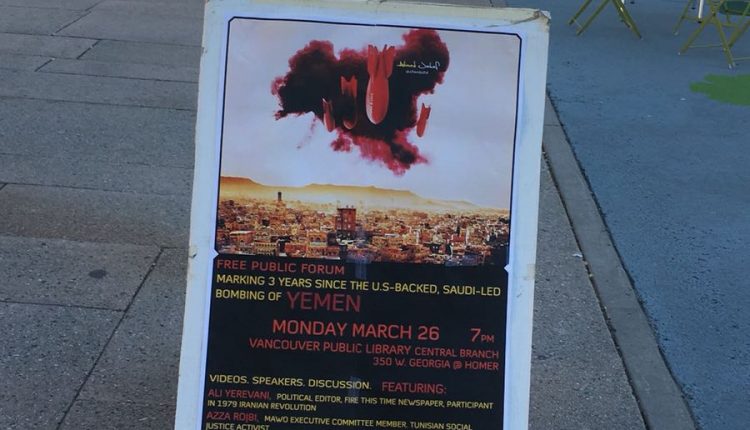 SANAA, March.18 (YPA) – The Canadian Peace organization Mao will hold  a protest against the  Saudi-led coalition war on Yemen in the Canadian city of Vancouver on Saturday morning.

The organizers of the vigil set March 26 to launch a mass rally in both America and Canada countries to mark the third anniversary of the Saudi aggression against Yemen.

Mao called on to all those interested in human rights issues in all countries of the world to support the upcoming Monday March 26 events in a number of the world’s capitals, especially in Europe and America.

President: We will not tolerate to blackmail traders