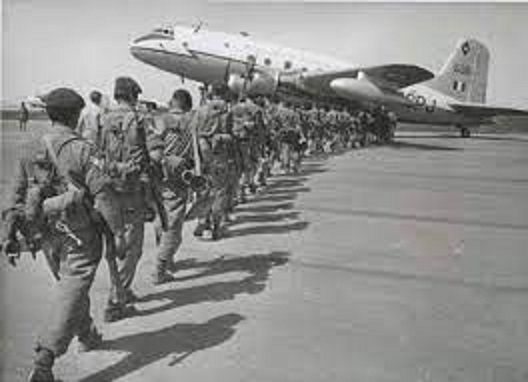 SANAA, Nov. 29 (YPA) – The 55th National Independence Day to declare independence from Great Britain in 1967 comes this year under extremely difficult and complex circumstances in the Yemeni homeland, especially in the southern and eastern governorates that gained national independence on November 30, 1967.

In an analysis issued by Yemen Press Agency, the national day also came after a bitter struggle against the British occupation authorities, which were described at the time as the most powerful colonial force, that the sun does not miss its colonies due to its vastness and wide spread in the old and new worlds.

Now, it is colonialism returning to a dear part of the homeland after 55 years of freedom and independence, but this time colonialism is different from its predecessor, the new colonialism, Arabic-speaking colonialism and a modern vision in accordance with the interests of countries that have being lying in wait for Yemen for many years.

Independence no longer has any meaning since 8 years, which is the age of the unjust war launched by the coalition countries under a false vision and slogans that they promoted to hide their true ambitions in the country geographically, history, civilization, heritage and a privileged location.

The National independence did not come on November 30 on a platter of gold, but rather came after a bitter and fierce struggle, waged by the heroes of Yemen. During their struggle, they presented those convoys of martyrs through an armed struggle to wrest national independence from the hands of the greatest colonial power in the world, so-called “Great Britain.”

November 30, 1967 constituted an important turning point in the history of the south in particular, and Yemen in general, and the evacuation of the last British soldier from the land of the south was announced, but after those years of independence, Aden, hence, and the rest of the southern provinces return to the colonial domination of the UAE and Saudi Arabia, which is entering under different names and taking advantage of the exceptional circumstance that Yemen is living, to find its hope in a flock of mercenaries to control and implement its malicious agenda in the occupation and the control of the capabilities of the southern and eastern provinces, including its coastal cities, its wealth and the islands in the Red Sea.

Colonialism has now become Emirati and Saudi, and its act is more severe and harsh than British colonialism. These two countries, which are described in Arabic, do not make any account of the glorious history of Yemen and its great contributions to the march of human civilization.

The Saudi Arabia and UAE have not made any account of the bonds of religion, strong affiliation and neighborhood, and disavowed those labels during 8 years, what the British colonialism in Yemen did not practice during 129 years of colonialism in an act of hostility to Yemen in terms of land, people, history and civilization.

US delegation arrives again in Hadramout