36 died due to fire at factory in central China 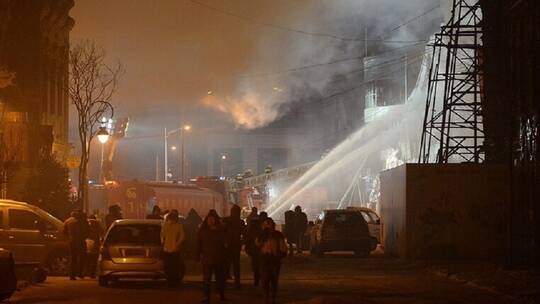 WORLD, Nov. 22 (YPA) – At least Thirty-six people have died and two others are still missing in a fire broke out at a factory in central China, state media reported.

Local media did not report on the cause of the fire, and Chinese authorities began investigating the incident.

In March 2019, an explosion at a chemical factory in Yancheng, located 260 kilometres (161 miles) from Shanghai, killed 78 people and devastated homes in a several-kilometre radius.

#Breaking: #Hodeida: A child was seriously injured due to a landmine explosion

Child seriously injured due to landmine explosion in Hodeida