New UNICEF Representative in Yemen presents his credentials in Sanaa 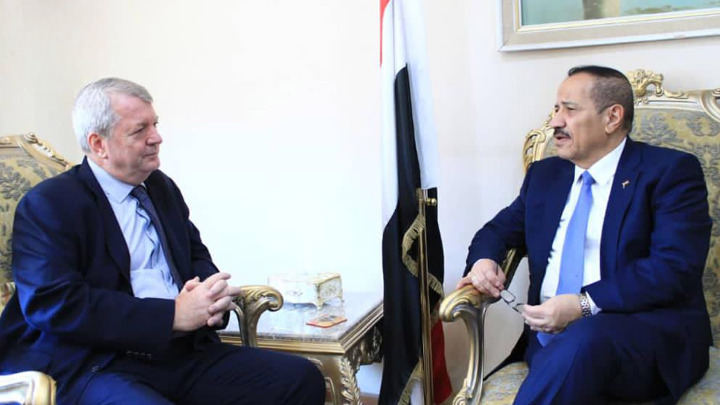 SANAA, Nov. 15 (YPA) – Minister of Foreign Affairs, Hisham Sharaf, on Tuesday met in Sanaa with UNICEF’s new resident representative for Yemen, Peter Hawkins, who presented his credentials to him.

In the meeting, Sharaf wished the UNICEF resident representative success in his new duties.

The foreign minister confirmed that Yemen is witnessing the worst man-made humanitarian disaster created by the Saudi-led coalition countries, indicating that children and women are among the most affected groups in society as a result of the aggression and siege imposed on Yemen.

Sharaf indicated that the new resident representative of UNICEF would find all forms of support and cooperation to facilitate his tasks.