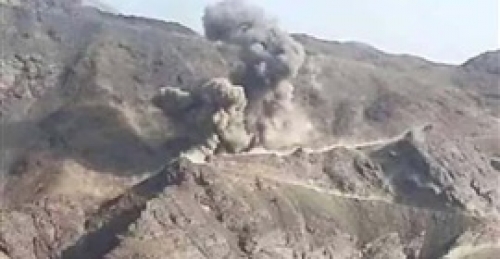 SAHBWA, Sept. 24 (YPA) – The Saudi-led coalition forces in Shabwa province have continued to fire artillery towards Bayda for the second week in a row, in a flagrant violation of the UN humanitarian and military truce in Yemen.

Tribal sources in Bayda confirmed that the violations of the coalition forces stationed in the Bayhan district of Shabwa waged three infiltrations attempts with artillery shelling on several sites belonging to the Sanaa forces in Aqabat al-Qontha area of Numan district in Bayda.

Last week, this came after the coalition forces carried out 3 military advances towards the positions of the Sanaa forces in the same area.