Yemeni artifacts to be auctioned in London 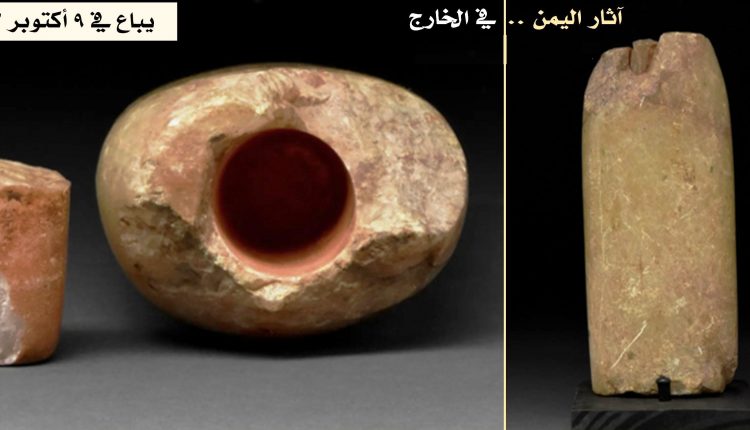 SANAA, Sept. 22 (YPA) – About five rare Yemeni artifacts will be auctioned in the British capital, London, on October 9.

Abdullah Mohsen, a researcher in the affairs of smuggled Yemeni antiquities, confirmed that “the artifacts are being sold at the Apollo exhibitions auction in London.”

Mohsen indicated that the rare Yemeni artifact is for sale at an opening price of 300 pounds, amid ignoring most of the official authorities for smuggling and selling antiquities, including the coalition-backed government’s embassy.

He noted that the auctioneer considered the Yemeni artifact “an early example of an idol of fertility was found throughout the Near East,” acquired by a West London man from a collection formed in the British international art market in the 1980s.

The researcher said that the Antiquities Authority’s recovery of this piece and others of Yemen’s antiquities, would contribute to knowing more information about the smuggling operations and the parties involved in them.