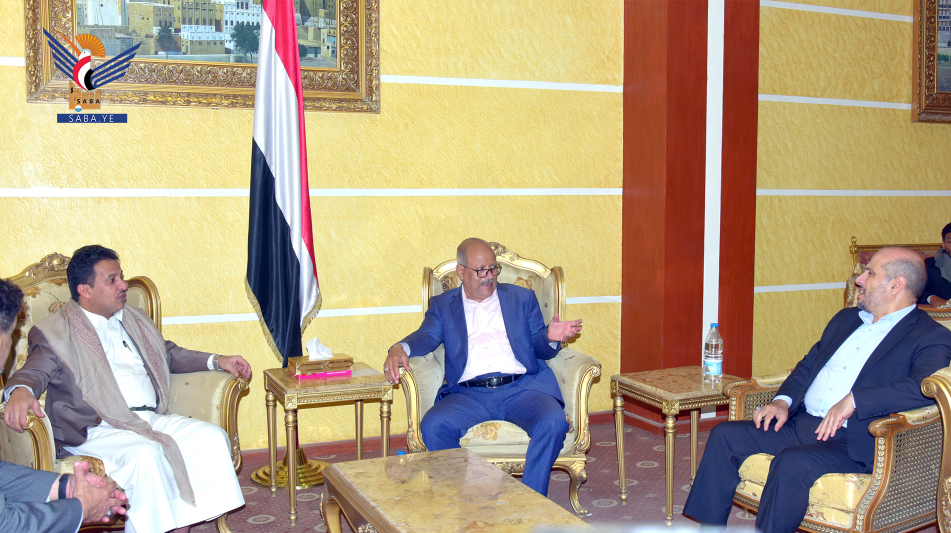 The meeting, which was attended by Deputy Foreign Minister Hussein Al-Ezzi, and the leader of the Jihad movement, Dr. Magdi Azzam, reviewed the developments on the Palestinian arena and the victories achieved by the resistance and the Palestinian people over the Zionist enemy.

Al-Nuaimi praised the capabilities of the resistance factions, particularly the Islamic Jihad Movement, in managing the battle of “the squares unity”, which was accompanied by an unprecedented military momentum in the history of the confrontation with the Zionist enemy.

He reiterated the position of the Republic of Yemen in support of the Palestinian cause, the leadership and people, noting that the Palestinian cause for the Yemeni people, as the revolution leader Sayyed Abdulmalik Al-Houthi emphasized, is “a firm belief”, not a policy.

The representative of the Islamic Jihad Movement valued the support of the Republic of Yemen, the leadership and people, to the Palestinian cause.

Dr. Baraka gave a brief presentation on the “the squares unity” battle, which the Palestinian people fought with the Zionist enemy and were able to thwart the enemy’s plots aimed at separating the Palestinians at the geographical, humanitarian and popular levels.