Disagreements step up among coalition factions regarding UN armistice 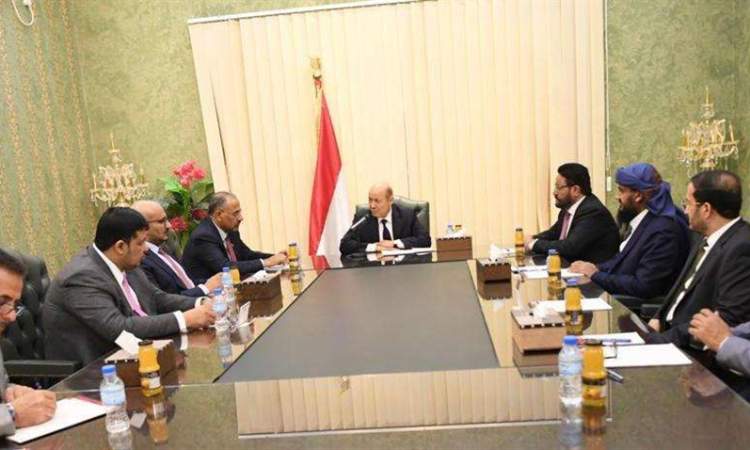 ADEN, July.31 (YPA) – Sharp differences have erupted between members of the Riyadh-formed Presidential Council, led Rashad Al-Alimi, regarding the UN armistice in Yemen.

Media Sources in the pro-coalition Aden government said that differences overshadowed the council’s session, which was devoted to discussing a memorandum provided by the UN envoy to Yemen after he failed to hold a meeting with the council members, coinciding with the approaching end of the armistice.

The session came after an American directive to the Council to resolve its decision regarding the truce, according to what the US State Department quoted in a statement on the American envoy.

According to the sources, Sultan Al-Arada, appointed by the coalition as the governor of Marib, was the most prominent objection to the extension of the truce, while Al-Zubaidi, Tariq Afash and the rest of the members agreed to it.

Al-Arada seeks to blow up the situation militarily in an attempt to evade of removing him from his position as governor.