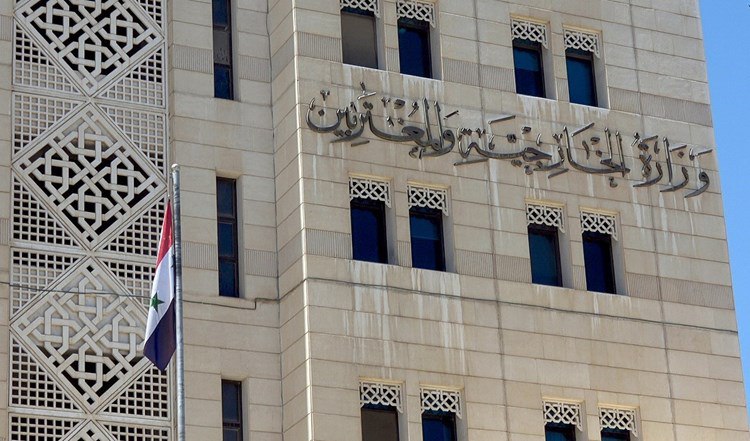 SAANAA, July. 22 (YPA) – Syria’s Ministry of Foreign Affairs Syria called on the United Nations to condemn the Zionist aggression on the vicinity of the Syrian capital, Damascus.

According to the Syrian news agency, SANA, the ministry sent two identical letters to the Secretary-General of the United Nations and the President of the Security Council, regarding the Zionist attacks on the vicinity of the city of Damascus on Friday.

“The Israeli occupation forces carried out a criminal air aggression with missiles from the direction of the occupied Syrian Arab Golan, targeting some points in the vicinity of the city of Damascus,” the ministry stated.

The ministry added that “the Syrian Arab Republic reaffirms its preservation of the right to respond, through appropriate means recognized by international law and the Charter of the United Nations, in the face of these repeated Israeli attacks.”

#Breaking: A citizen was injured when a cluster bomb went off in Abs district of Hajjah