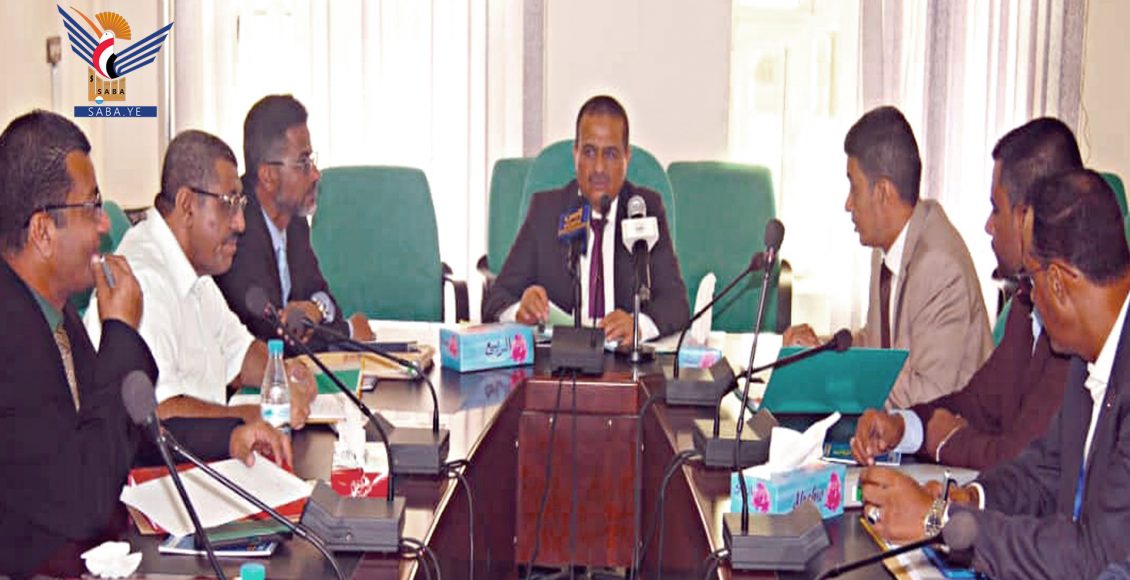 SANAA, Jul. 03 (YPA) – The Minister of Transport, Abdulwahab Al-Durra, on Sunday stressed the importance of the role of the Yemeni Red Sea Ports Corporation in promoting the national economy.

The Minister of Transport indicated at the meeting of the Board of Directors of the Corporation today in Sana’a that the tasks entrusted to the Corporation lie in serving the Yemeni people by facilitating the entry of basic materials through the port of Hodeida with its capabilities and equipment.

He pointed to the interest of the revolutionary leadership and the Supreme Political Council in activating the role of the Ports Corporation to meet the needs of society and alleviating its suffering, despite the aggression, the siege, and the damage caused to the equipment and devices by the Saudi-led coalition’s aircraft to bring them out of technical readiness.

Al-Durra urged the Corporation’s leadership and employees to make more efforts to develop performance in the technical, professional, administrative and financial aspects.

In turn, Chairman of the Yemeni Red Sea Ports Corporation, Captain Muhammad Abu Bakr Ishaq, explained that the corporation is working to serve most of the population of the Republic of Yemen by facilitating the entry of imports of basic food supplies, with an estimated 70 percent of those arriving at the port of Hodeida.

He pointed out that the aggression coalition imposed a siege on the ports of the corporation due to its awareness of its active role in facilitating the entry of basic materials for the Yemeni people.