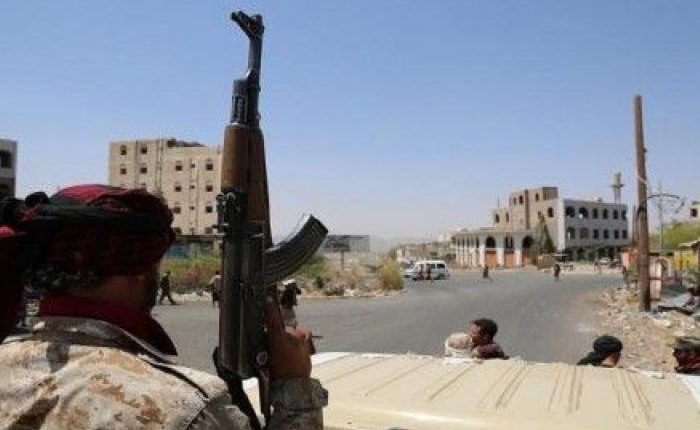 TAIZ, June. 25 (YPA) – A recruit was killed on Saturday by militants in north of the city of Taiz, according to local sources.

The sources said that the militants in the 170 Air Defense Brigade loyal to the leader of the Islah Party, Hammoud Al-Mikhlafi, targeted their colleague, Saddam Ahmed Saeed Al-Kadma, in Kalaba area.

“A number of the brigade’s gunmen killed the recruit, Al-Kadma, inside his commercial shop into the areas, north of Taiz, and fled to the camp.”

The sources added that the militants also looted Al-Kadma’s mobile phone, which contains a number of video clips condemning the “Brigade 170” gangs in committing crimes and violations against citizens.

The crimes of the Saudi-backed Islah factions have expanded in the city of Taiz, which suffers from lawlessness and criminal acts and spread terror among citizens.