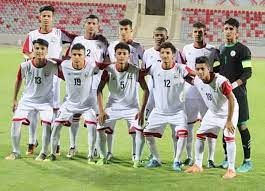 SANAA, June. 23 (YPA) – The Yemeni junior national team lost on Thursday against its Jordanian counterpart with a goal in the first half of the match for the West Asian Championship.

The early exit came after the Yemeni team received the second loss in the championship, as it lost the opening match against the Iraqi team with two goals to one.