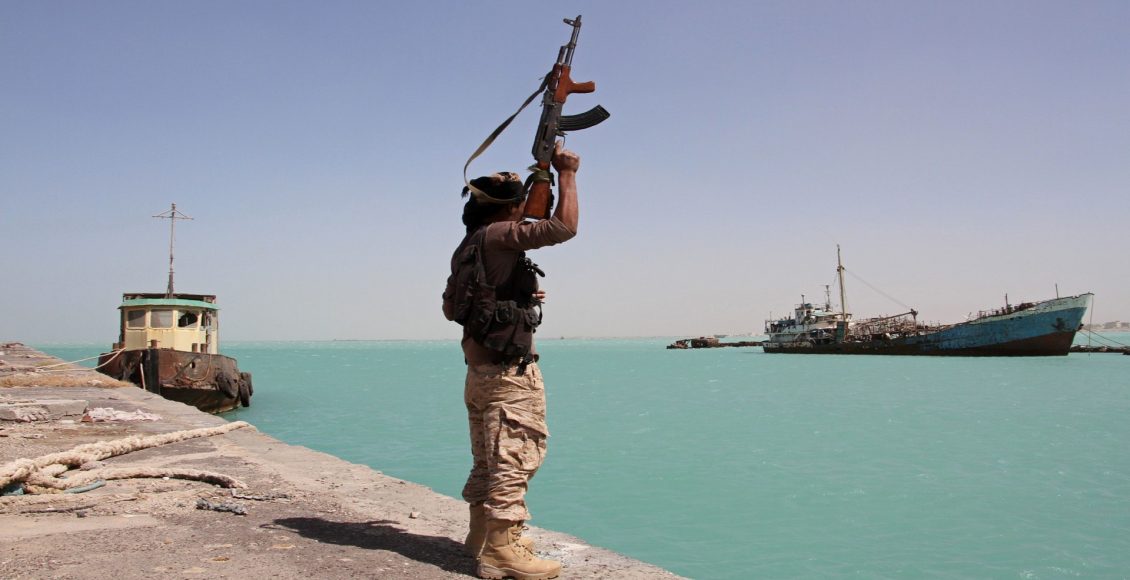 SANAA, May 24 (YPA) – Head of the “Southern Transitional Council (STC)” funded by the UAE, held on Tuesday an emergency military meeting with the most prominent leaders of his militia in four southern province, including the city of Aden.

Media outlets affiliated with the STC reported the head of the “STC” Aidarous al-Zubaidi, urgently summoned the commander of the “fourth military region” in the Ministry of Defense of the Saudi-led coalition, Fadhl Hassan al-Amri, instructing him to raise the readiness combat, and raising to the general military position in Bab al-Mandab, al-Anad axis, Karsh and Kharaz area.

Activists on social media confirmed that Al-Zubaidi’s military meeting with the region’s commander who recoiled against the government of outgoing Hadi during the confrontations with the “STC” militia in August 2019, was a clear message of threat to detonate the situation in Aden, and the use of Bab al-Mandab as a card to pressure not to merge and subjugate his militias to lead the Riyadh-formed Presidential Council headed by Rashad Al-Alimi.

They considered that the integration of the “STC’s brigades”, under the leadership of Ali Mohsen al-Ahmar, represented by Defense Minister Mohammed al-Maqdashi, would be a painful blow to the “STC”, which faces blocs and alliances from under the table inside the Ma’ashiq Palace, especially after preventing the celebration of the 32nd anniversary of Yemeni unity in Aden and the rest of the provinces.

The activists explained that the talk about the combat readiness in Bab al-Mandab and the al-Anad axis was symbols and codes of preparing to surround and secure Aden.

They added that the commander of the coalition forces, Youssef Khairallah al-Shahrani, failed to persuade Aidarous al-Zubaidi and his leaders to merge his militias, after his success in transferring the “Military Faculty” from Aden to Marib, and seeking to open other college to recruit the people of the southern provinces, according to his “separatist” project away from the Republic of Yemen.