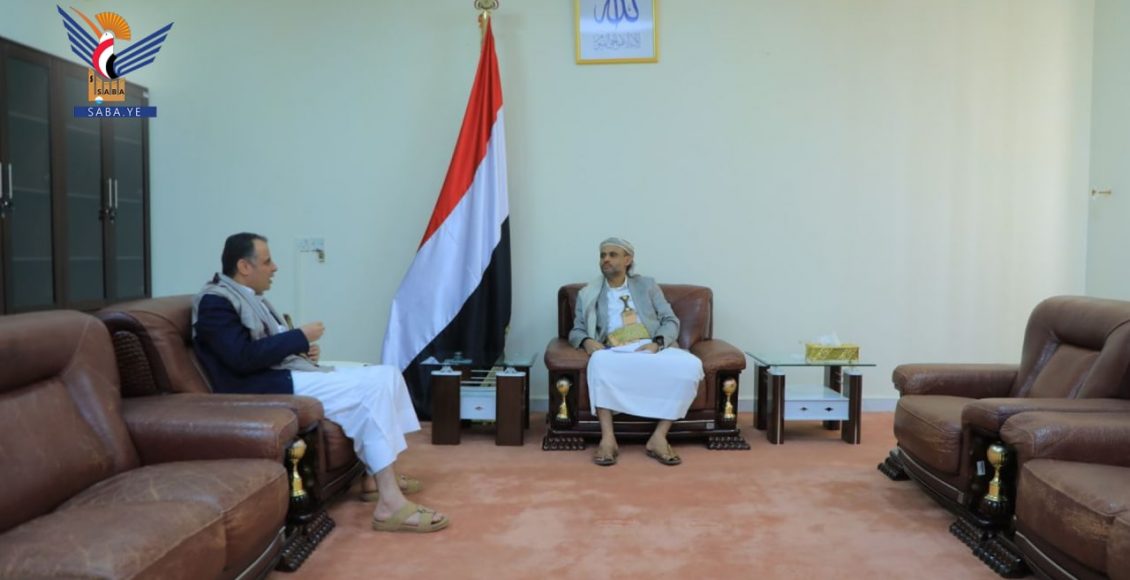 SANAA, May 24 (YPA) – President of the Supreme Political Council Mahdi Al-Mashat stressed on Tuesday the need to focus on promoting the agricultural sector and benefiting from the current season in cultivating various crops in a way that contributes to achieving self-sufficiency.

This came during his meeting today with the Governor of Hajjah province Hilal Al-Sufi to discuss the situation in the province, the level of implementation of the local authority plans for the current year and the difficulties they are facing.

The meeting touched upon the efforts made to improve the level of service and development performance, and to provide the needs of the people of the province, as well as aspects related to activating community initiatives, especially in the agricultural sector.

In the meeting, President Al-Mashat confirmed the keenness to support the local authority’s efforts to push the wheel of development and implement the necessary projects in the province, praising the positions of the Hajjah people and their sacrifices in defending the homeland and thwarting the Saudi-led coalition’s plans.