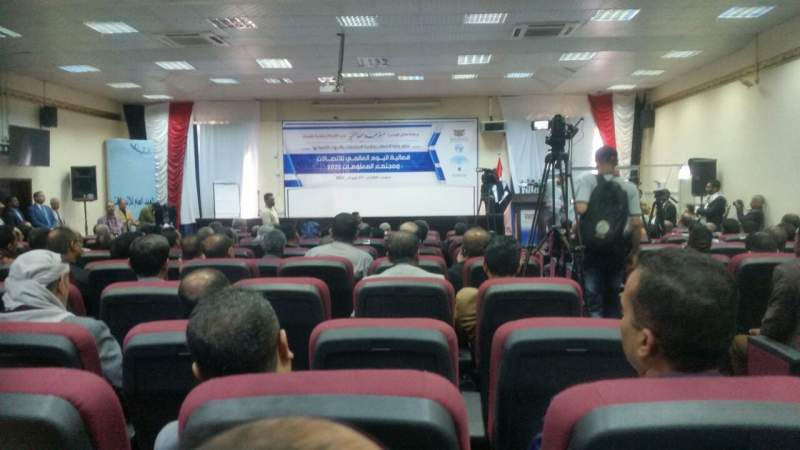 SANAA, May 17 (YPA) – Ministry of Telecommunications & information Technology said on Tuesday it lost about 7 billion dollars as a result of the war and siege imposed by the Saudi-led coalition on Yemen in 7 years.

This came during an event held on the occasion of the World Telecommunication Day, the ministry reviewed the losses and damages caused to its sectors due to coalition air raids and the sabotage of its services.

For his part, Minister of Communications and Information Technology, Misfir Al-Numeir, stated that despite the losses and damages due to the coalition war and its siege, the minister has introduced new services, including 4G service.

Al-Numeir indicated to his ministry launched free Wi-Fi in a number of parts of the capital Sanaa, pointing out that there is a digital trend for a number of ministries, authorities and institutions to connect them online, which will help them to provide their services to citizens easily and conveniently.

He called on the International Telecommunication Union to neutralize this important sector for the conflicts, condemning all internal or external attacks targeting the sector.