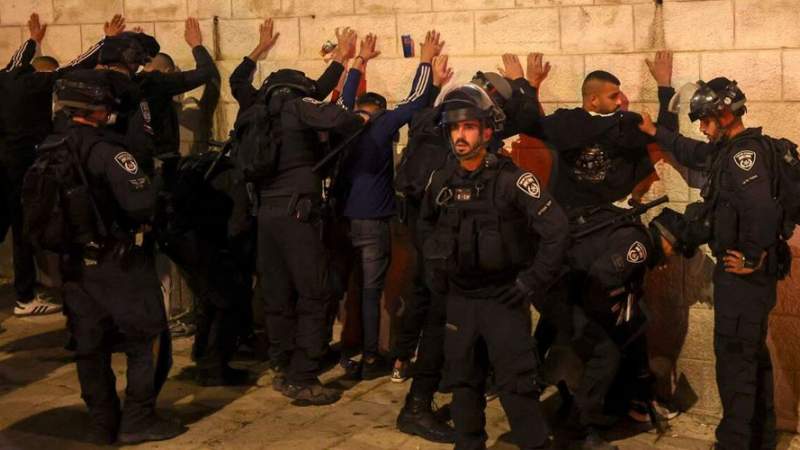 OCCUPIED PALESTINE, May 17 (YPA) – The Zionist enemy forces launched a campaign of arrests early Tuesday against Palestinians in different parts of the occupied West Bank and al-Quds (Jerusalem)

According to Palestinian sources, the occupation forces arrested Islamic Jihad leader Bassam Abu Aker and  a freed prisoner from Aida refugee camp north of Bethlehem, and arrested a young man from the village of Misilyah near Jenin.

Moreover, the enemy forces also arrested five prisoners freed from their homes in Qalqilya after raiding, searching and tampering with their contents.