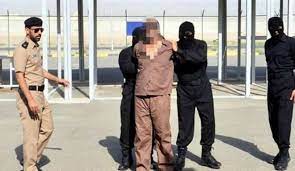 SANAA, May 14 (YPA) – The Saudi Interior Ministry has announced the implementation of the death sentence against a Yemeni citizen.

In a statement issued by the ministry affirmed that the citizen, Mohammed Abdul Baset Al-Moalimi. was executed for the charges of belonging to the “Houthis” group, claiming that he received training in the use of weapons and explosives.

It should be noted that manipulating the lives of Yemeni citizens has become a prevalent case in Saudi Arabia, especially in recent times.

Recently, dozens of Yemeni detainees, who illegal entered to work into the Saudi territories, have been released by the Saudi authorities that claimed they were prisoners of war, while the National Committee for Detainees Affairs in Sanaa and the International Committee of the Red Cross confirmed that 5 out of the dozens of released detainees were war prisoners.