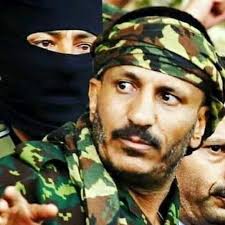 ADEN, May 11 (YPA) – The Southern Transitional Council(STC)’s militias backed by the UAE threatened on Wednesday to arrest a member of the Riyadh-formed Presidential Council, Tariq Saleh, in the city of Aden, south of Yemen.

The STC’s Chief of Staff, Mueen al-Megrahi, in a news statement, said, “His forces will not hesitate to arrest UAE-backed Tariq Saleh if he continues to deploy his forces in the city.”

Al-Megrahi confirmed “that the factions would manage to expel Saleh’s forces from Aden, noting that they arrested officers affiliated with Tariq Saleh while trying to enter the city.

Earlier, Tariq Saleh’s forces launched a new campaign of arrests against members of the STC, in Shabwa province, southern Yemen, a few hours after the STC militias captured about 20 officers and soldiers from the forces of the new member of the Riyadh-formed Presidential Council in the city of Aden.