Satellite internet in Yemen disrupted due to coalition airstrikes 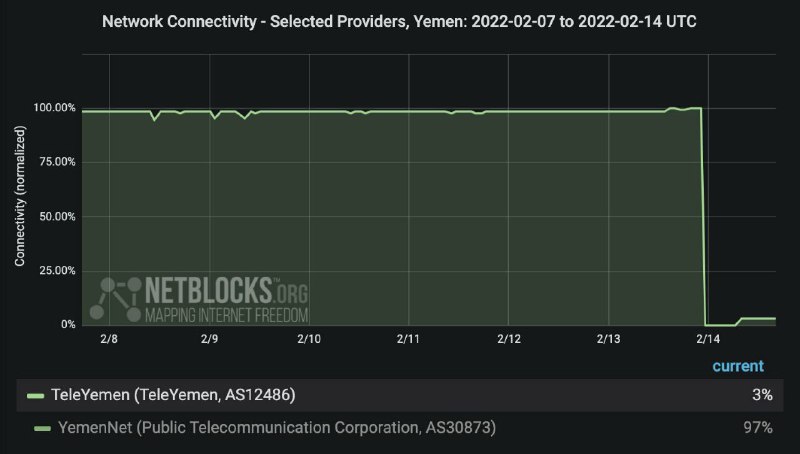 SANAA, Feb. 15 (YPA) – The satellite internet service has been disrupted  in  Yemen due to airstrikes launched by Saudi-led coalition warplanes on the  International Communications Company  “TeleYmen”  in the  capital Sanaa.

Exchange companies and banks said the service had stopped, and that they were unable to use the method, which was their only mean when with the ground internet previously cut off services in Yemen entirely by bombing the Telecommunications center in Hodeidah on January 21

According NetBlocks, a network monitoring and internet freedom organization around the world, said satellite internet service has been suspended in Yemen, and international communications have collapsed following an air attack by the Saudi-led coalition on service provider TeleYemen in Sanaa.