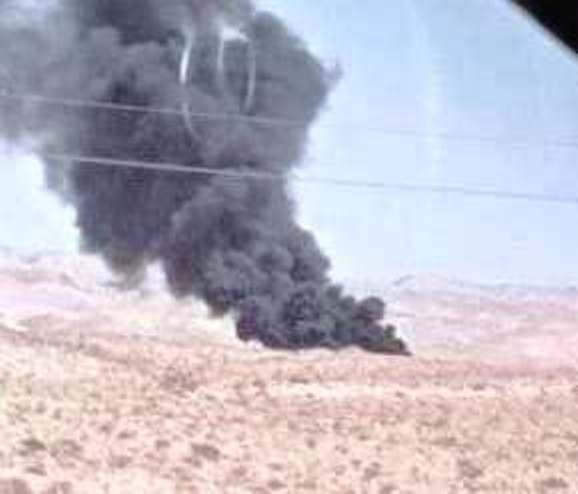 The sources said that tribal gunmen targeted the pipeline in Radhum district off Al-Nashima port.

The source indicated that the explosion led to the ignition of huge fires and the stopping of pumping crude oil through the target pipeline.

The bombing, which targeted the crude oil pipeline, was the first since the overthrow of the governor of Saudi-baked Islah, Mohammed Saleh bin Adio, at the end of last December, and the appointment of the leader loyal to the UAE, Awad Al-Awlaki, as governor of Shabwa.

Violent clashes erupt near of “Hadi govt” headquarters in Aden

2 citizens injured due to Saudi bombing on Saada