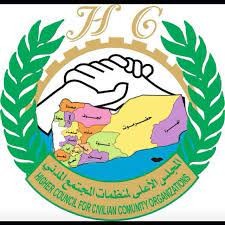 The Council condemned, in a statement, the fresh airstrikes carried out by the coalition warplanes against citizens in the residential city in the Libyan neighborhood in the capital Sanaa.

He considered the airstrikes, which led to killing over 20 citizens and wounding dozens of wounded, including women and children, as a war crime.

The statement called on the Yemeni people and all activists, free people and those concerned with humanitarian affairs to expose the crimes of the coalition’s countries in Yemen.