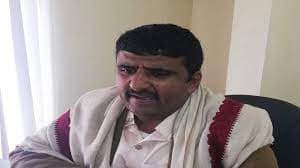 AMRIB, Jan. 17 (YPA) – Marib governor, Ali Tu’aiman, affirmed on Monday that the situation in Harib district of Marib is stable.

The governor said during his visit to the district that “the army and security forces are doing their duty to secure citizens and their property.

“Our goal is not only to defend Harib district, but to liberate the rest of the province and every inch of Yemen.”

He praised the great role played by all the tribes of Marib and Harib, who are standing with the army and the popular forces in the face of the Saudi-led coalition and its tools.

Tu’aiman called on those people deceived by the coalition to quickly return to their families and join the homeland party.